The photos on this page show places in Kyoto City where the “ena” of two historical figures were buried according to legend. Ena is the general term for the placenta, umbilical cord, and membranes that wrap the fetus and are ejected after birth.

Under the stone surrounded by a vermilion fence in Photo ① is said to have been buried the umbilical cord of Sugawara no Michizane, a scholar/poet/politician in the Heian Period (794-1185) known as a god of learning. The stone monument in Photo ② shows the birthplace of Minamoto no Yoshitsune, a famous military commander of the Minamoto clan in the Heian Period. His umbilical cord is believed to have been buried under the pine tree in the right back.

Since ancient times, there had been a custom in Japan called the “Ena-osame,” in which the umbilical cord was treated carefully and buried as an alter ego of the born child or as a spiritual being. The earliest mention of this practice is said to appear in “Nihon Shoki (Chronicles of Japan),” which was written by order of the Emperer and completed in 720.

However, with the outbreak of cholera in the late Edo Period (1603-1867) and the introduction of Western medicine in the Meiji Era (1868-1912), the concept of hygiene in Japan began to change. The custom of burying ena around dwellings, in rivers or in mountains was considered hygienically harmful. Regulations were established in various regions to govern the handling of them during the Meiji and Taisho eras from 1868 to 1925. Currently, there are “ena ordinances” in eight prefectures that stipulate the licensing or notification of companies that collect and dispose of umbilical cords and placenta as well as the conditions for the installation of disposal facilities. In addition, some municipalities have their own ordinances.

The ena ordinance in Kyoto Prefecture prohibits the burial or incineration of these biomaterials outside of cemeteries, crematoriums, or handling facilities. However, there is an exception. If physicians, dentists, veterinarians, pharmacists, or midwives wish to dispose ena in “special ways” for the purpose of preservation, academic research, or pharmaceuticals, permission may be granted upon application to the prefectural governor. In fact, researchers at CiRA sometimes receive umbilical cords from hospitals with the consent of the donors and use them for research. When I contacted the Kyoto Prefectural Government, an official told me that if ena are sterilized and properly disposed after experiments, the ordinance does not apply to the scientists because it is interpreted as “standard ways” under the ordinance, which allows licensed businesses to handle and dispose ena.

However, this is only the case in Kyoto Prefecture. Some municipalities in Japan have an ena ordinance, but others don’t. The content of the ordinances (and even the definition of ena) differ slightly. This is probably because the methods and locations for treating umbilical cords and placenta were passed on differently in each region. Therefore, when researchers in Kyoto Prefecture give or receive ena with researchers in other regions, it is necessary to check the ordinances of their municipalities. It is a bit complicated, but I am very interested in the influence of ancient customs on science. 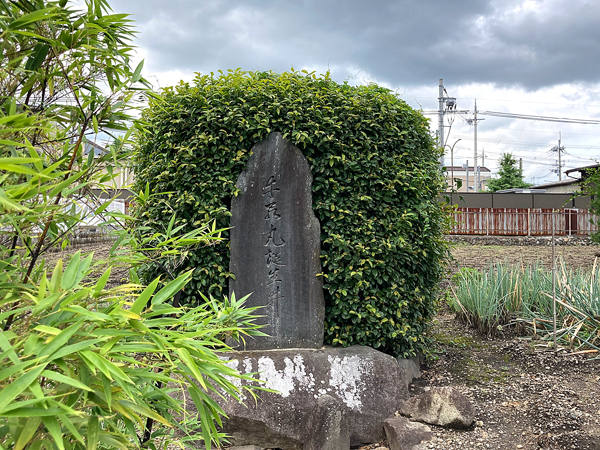