This past May, the International Society for Stem Cell Research (ISSCR) revised its guidelines for the first time in five years. Among the changes was a relaxation of the “14-day rule,” which prohibits a human embryo from being cultured past 14 days. After 14 days is when the embryo is believed to develop the primitive streak, which is the structure during embryogenesis that marks initiation of the three germ layers. Many countries, including Japan, have adopted the 14-day rule in their regulations for human embryo research.

In order to appreciate the importance of this relaxation, it is first important to understand the context of the 14-day rule. In the 1980s, England had a national debate about human embryo research. There were strong positions on both sides – science must advance, and the sanctity of the embryo must be respected. The 14-day rule was a compromise. Up until 14 days, an embryo has the potential to generate identical twins, suggesting that it still lacks an individual identity. In other words, destroying an embryo before this time would not be causing harm to a specific individual. Furthermore, evidence indicated that the embryo could not feel pain or other sensations in these 14 days. The 14-day rule has thus been a bedrock in guiding human embryo research.

Four decades later, advancements in science have forced the ISSCR to reconsider. One example is the ability to culture embryos past the 14-day period stably, something not possible when the guideline was originally set. Scientists can therefore study later stages of embryogenesis, providing new insights on development and related diseases such as infertility. Furthermore, pluripotent stem cells, such as iPS cells, have provided ways to study embryogenesis without using embryos, diminishing the significance of the rule. Overall, the ISSCR has concluded that the 14-day rule has given confidence to society about responsible research. Nevertheless, any relaxation within a country requires consultation with its public.

In the spirit of the 14-day rule, in 2004, Japan decided that embryos cultured after 14 days have life and therefore banned such experiments. It is for this reason that I am skeptical Japan will revisit its rule despite the ISSCR declaration. However, should it decide to do so, comprehensive discussion will be needed in order to maintain public trust. 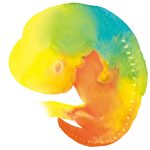